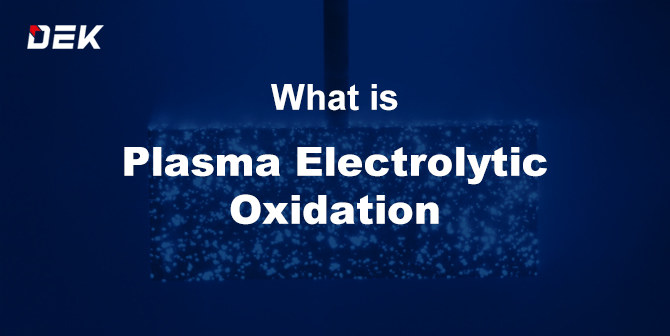 The history of metallurgy has been a quest to find the perfect alloy. People have always looked for the cheapest, lightest yet strongest metal.

The process of anodizing was a step forward. It transforms lightweight metals and makes them resistant to corrosion, i.e., stronger. However, it also has to deal with toxic emissions and the short lifespan of its components.

At the end of the 20th century, engineers discovered the plasma electrolytic oxidation coating. There’s still room for adjustments, of course. Nonetheless, scientists expect this procedure will change the way mankind treats metals.

What Is Plasma Electrolytic Oxidation (PEO)?

This process mimics anodizing. It likewise involves bathing the metal piece on an electrolyte solution. The main difference is that PEO uses higher potentials and, in turn, produces a higher electrical field.

As a result, discharges and sparks occur within the solution, and they alter the structure of the coated piece. The metal’s outer layer is chemically converted into its oxide, which grows inwards and outwards from the surface.

The Functions of Plasma Electrolytic Oxidation

For starters, it makes them more resistant to wear, heat, and corrosion. That means weaker —and cheaper— metals become stronger.

Last but not least, these metals improve their electrical insulation capabilities. That way, they can serve new and wear-intensive purposes.

As mentioned, the ancestor of plasma electrolytic oxidation is anodizing. That kind of electrolytic passivation was first used industrially in the 1920s. It had a major application in architecture.

In the 1960s, though, anodizing was for the most part displaced by powder coating. This process was faster, less pollutant, and the layers of protection it provided were thicker.

What turned scientific minds back to bath-based oxidation was the space race. In the early 1970s, Soviet engineers discovered PEO and started experimenting with it. One decade and a half later, there were PEO-coated parts in the Mir Space Station.

Yet the process remained largely unpredictable. Even as the new century kicked in, reality didn’t seem to conform to predictions made in labs. The gap between theoretical and experimental results was too wide to declare victory.

Lately, however, a few companies such as Keronite and IBC have done so. They claim to have refined this unpredictable and expensive procedure. Now, they say, is something industrially feasible.

The ceramic coating it provides reaches the point of crystallization, which means a stronger final product.

The pre-treatment of the material is also much simpler. Unlike what happens in anodizing, most components will only need minor degreasing to be ready for PEO.

In this process, the electrolytes used can impregnate some of their properties to the ceramic. That means they can be changed depending on what the resulting piece is going to be used for.

Plus, it is an environmentally friendly process. The whole procedure is clean, free of heavy metals.

In short, PEO is better than anodizing because:

As with any new method, there is room for improvement in micro-arc oxidation coatings.

For instance, when compared to traditional processes such as anodizing, it is still high-priced. Everything considered the cost of coating 1㎡ of metal is $2-$5.

The procedure also requires a very high temperature and pressure. That, in turn, affects the amount of power needed to operate the equipment. Besides, it reduces the life span of the electrolytes.

All in all, PEO may not be ready yet for wide industrial applications. This is why:

The procedure also requires a very high temperature and pressure. That, in turn, affects the amount of power needed to operate the equipment. Besides, it reduces the life span of the electrolytes.

All in all, PEO may not be ready yet for wide industrial applications. This is why:

What Metals Can Be Oxidized by Micro-Arc?

Micro-arc oxidation works specifically on valve metals, as well as on most of their alloys. What are valve metals? They are a group that includes aluminum, magnesium, titanium, zirconium, tantalum, niobium, hafnium, and cobalt.

Their main characteristic is that they naturally produce a passivating oxide layer. What PEO does is convert that oxide into crystalline forms, which are much harder.

In practice, the process is used for alloys of aluminum, magnesium, and titanium. The other listed metals are much more expensive.

Summing up, these metals can be oxidized by micro-arc:

Because of the extraordinary properties, PEO bestows on light metals, it has a wide array of applications. However, due to its high cost, its employment has been somewhat limited.

Aerospace, military, medical and technological companies are among its users.

For instance, aerospace companies PEO-coat their lightweight alloys to make them stronger. The US Army tried it on Humvees piston heads and fuel pumps. These parts gained in resistance to heat and life extension. The medical field also employs micro-arc oxidation to build better bone replacement prosthetics. Tech companies coat their mobile phone shells with PEO.

PEO has been applied, among other things, to:

How to Coat a Part with the Plasma Electrolytic Oxidation Method?

The plasma electrolytic oxidation method is a complicated process. It requires thorough preparation and the following steps.

For the process to work, substrates – that is, the metals about to be coated – need to present their purest form. Specks and dirt have negative consequences on the result. So, though it may look clean, the metal undergoes a degreasing procedure.

First, degreasing involves the use of extremely fine sandpaper. This leaves the metal specimen polished to a mirror finish.

Then, the part is cleaned ultrasonically in acetone, ethanol, and distilled water. When any adhered particles have been removed, the metal is ready for treatment.

A key part of the MAO treatment is the electrolytic cell. This, in turn, has three components: an electrolyte and two electrodes (cathode and anode).

The metal to be transformed works as the anode, and the cathode is usually a stainless steel plate.

Both of these pieces are submerged in an aqueous electrolytic solution. This liquid environment may vary depending on the properties needed for the resulting material. For instance, an experiment carried out by Chinese and Korean scientists employed sodium carbonate, sodium phosphate, and acetate monohydrate. To produce the necessary discharges, they used a pulse power supply.

After micro-arc oxidation, the sample is washed once again with distilled water. Then, it is left to dry at room temperature.

This last part of the process is necessary for the oxide layers to seal. They have grown inwards and outwards from the metal’s surface. Adhesion is as potent as it gets, in a manner no other procedure can guarantee.

The plasma electrolytic oxidation equipment plays a big role in the process. The machines used need fine-tuning and the following components.

To reach the required temperature and pressure conditions, the first thing you need is an effective power supply.

Let’s compare two different machines. One is owned by the Gordon Laboratory, the property of the University of Cambridge. It has a capacity of 25 liters and requires its power output to reach a maximum of 10 kW.

The second machine is owned by the Keronite company. It offers PEO coats on an industrial level. For that purpose, it needs to deliver 300 kW of power to capacities of up to 3500 liters.

The power is delivered in extremely short pulses. This allows for very high peaks of energy to reach the electrolytic cell, thus maximizing the process’s efficiency.

As was mentioned, the MAO coating is bath-based. That means the substrate is placed in a tank, where it is covered by an aqueous electrolyte solution.

A cooling circulating system completes the design of the tank. Through pipes that get in touch with solution, it provides ways to lower the process’s temperature.

Electrolytic cells require an anode and a cathode. The samples of substrate work as anodes. An inert material, usually stainless steel, serves as the cathode.

Because anodes and cathodes cannot be in touch, the samples hang from a holder through the process.

What is the ideal surface condition of the workpiece material?

Substrates need to be in their purest form. That is why scientists thoroughly degrease and polish them. The metal’s surface should be free of foreign bodies.

What is the influence of the electrolyte’s composition on oxidation?

Electrolytes contain the main salt and an additive. The main salt is usually sodium silicate or sodium phosphate. In turn, additives are interchangeable depending on the desired results. They elicit different colors and properties on the final product.
The electrolyte concentration varies between 5-50 g/liter for the main salt. Is alkaline, with a pH value of 8-13.
As a rule of thumb, at a higher concentration, the oxidation rate is faster and the rise of temperature, lower.

What is the influence of temperature in the process?

Discharges release a large amount of heat during the oxidation process. However, too high a temperature may reduce the life span of the electrolyte.
That is the reason MAO tanks need cooling systems. With their help, electric pulses work their magic on the substrate and don’t affect the rest of the equipment.

What is the effect of the oxidation time in the result?

Metals undergo PEO from 10 to 60 minutes, depending on the results needed. There is a fine line to take into account. With a longer oxidation time, the layers get denser, but the surface gets rougher.

What is the effect of post-treatment on micro-arc oxidation?

When MAO is done, ceramic-oxide layers are still unstable and subject to change by many factors.
They need to seal on their own, at room temperature. That prevents foreign substances from sticking to it and diluting the desired properties.

At what stage is color added to the oxide layers?

The color of the layer will ultimately depend on the solution used to bathe the substrate. Engineers have learned to create black or white coatings by altering the elements of the electrolyte.

Which oxidation liquid is the best for this process?

Scientists all over the world are still figuring the best answer to that question. Experiments in China, Germany, the United Kingdom, and the United States tried different solutions with a wide array of additives.
For instance, silicate baths with borate and fluoride additives provide outstanding corrosion resistance.

Plasma electrolytic oxidation is replacing anodizing as the number one method for industrially enhancing lightweight metals. After decades of investigation, the process has been fine-tuned to make cheap metals more resistant to heat and corrosion.

PEO is still expensive and requires state of the art technology. However, companies and universities are working to give it widespread use. 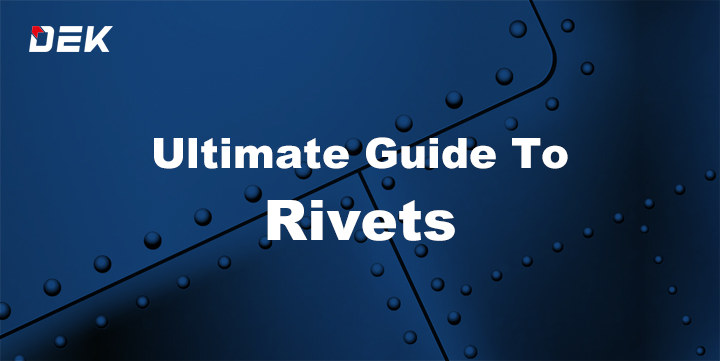 The Ultimate Guide to Rivet: Worth Everyone Reading 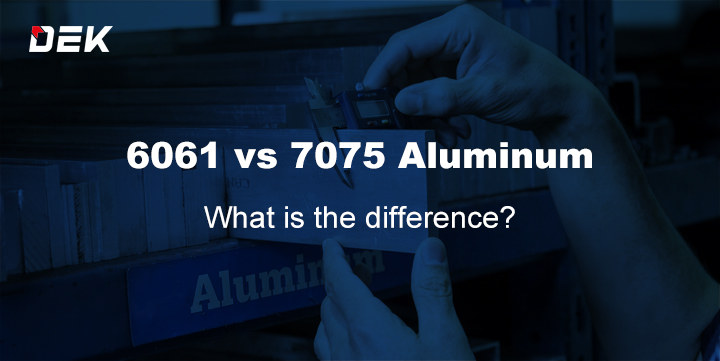 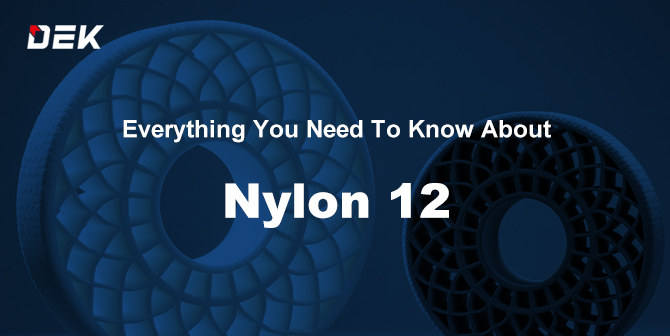 Everything You Need To Know About Nylon 12 PA (Polyamide 12)